THE LOST TRAIN Anthology is coming soon. Release is September 1st. But you can hop on board here at FVP’s website in the next weeks to learn more about the Authors and Artists that were paired to create works for the project. 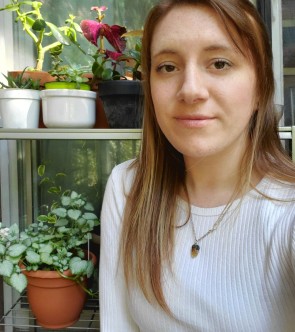 Tommia Wright is a FVP Featured Author, and she was paired with Madison Wachter. Madison painted independently, but added some stars and moon phases in response to requested elements to relate to Tommia’s short story. Both their works will be in the Anthology, but here’s a peek at some of Madison’s paintings and a snippet of Tommia’s Anthology story. Be sure to follow their links to more…

Find more of Madison Wachter’s work at AshenNewt.com and AshenNewt by Madison on Facebook.

Snippet from “THE L.O.S.T. TRAIN: An Unexpected Journey” by Tommia Wright:

When Andy strolled by, Roberta frowned and tried again. “What’s going on and who exactly are you?”

“I told you. Andy Colleagues. Consider me your guide, storyteller, translator, mate, and for the moment,” he smiled as his hands rushed over a series of levers and buttons behind the counter, “mini-conductor.” Looking behind her, she saw all the new arrivals sitting in booths that weren’t there before, and the door to the street had vanished.

Andy came around the counter and handed her a fresh cup of tea. Welcome to the L.O.S.T. Train. Well, the Galaxy Lounge until your sleeper is ready.”

Roberta wondered if she should have something stronger to drink. “I think one of us has lost their mind.”

Andy’s shoulders fell. “Oh dear. Rather fumbling through this again, aren’t I. The L.O.S.T. Train is for Liberation of Stranded Travelers. That would be you and many of your lot here. And before I forget, in case anything should happen, here is your Whistler’s Walker and Lean-Tow.” Read more…

All Proceeds from the Anthology benefit non-profit Arts organization North Bend Art & Industry. Thanks for supporting the Arts!

GET THE LOST TRAIN ANTHOLOGY HERE