It was a grey and drizzly Seattle night—again—and even Hope wanted to slump in the corner of a cozy café and nurse an extra-hot latte’.  But she pulled herself up and patrolled the steely, damp oppression of the December evening.  The sun had provided no warmth, no spark of joy today, and Hope was unwelcomed everywhere she had gone.  Nevertheless, she continued to dog the steps of Despair.

Despair was so full he was nearly sated.  The ubiquitous downpour had seeped into the souls of the city.  Heads were down, umbrellas hunkered in tight.  Hoods hid any glimpse of a friendly face.  Despair roared with chilling laughter and strolled the streets drinking in signs of anguish and ruin.

Hope couldn’t take it anymore.  As she weakened, Despair pounced on her with his scaly claws trying to take her down.  She careened through the streets, grabbing for any morsel of light or good cheer, unable to shake free from his clutches or throw him off her back.  The final flicker of sunlight drained from the sky.  Hope floundered and was driven face first into the frigid, filth of the street.  She was shocked into fury—something akin to righteous anger—and she threw her arms out to transfer the last measure of Hope to whomever she could see with some light in their eyes.

A young woman leaning on a street lamp gave off a subtle glow from beneath her hood.  Hope transferred the energy, giving the girl powers that to a mortal would seem magical.  The girl shifted from one foot to the other in her heavy boots and lifted her disheartened face. She noticed the struggling radiance of the moon shrouded in clouds overhead, and felt strangely encouraged.  She wished it would come out into a clearing and was amazed when the curtain of the storm parted to give her a view.

Hope failed and left the fate of the world to the unknown human girl.

Jessica stepped onto the bus and threw back her soggy hood.  The bus was nearly full, and the packed-in denizens of gloom gave her a chill.  She imagined the tropical sun of Jamaica from her last vacation and yearned for its warmth.  The bus’ heat rose in glorious waves from the vents along the walls, welcoming her fingers out of their gloves.  In all the time she’d ridden the forty-four bus, Jessica had never felt a breath of heat from the bucket of bolts.  It was uncanny.  She glanced around and saw heads pop up like spring blossoms as the blissful warmth brought people out of their polar shells.

The bus was quiet—isolating the crowd.  She wished for the hum of pleasant conversation to take the edge off her loneliness.  The bus began to buzz with stories and gentle exchanges.  Jessica giggled and shook her head, sure it was just a coincidence.  The heat surged along with her amusement.  She let herself wonder.  Maybe she could make things better—maybe everything she wished could come true.

Jessica imagined what she would choose if she could change the world…less rain.  The deluge stopped for the first time in several days.  Or, it isn’t really the rain that’s the problem, it’s the dreary, closed in clouds.  The mist lifted and the spirit of the city lifted with it.  A soft rain dropped from high clouds—the kind that refreshed the earth and encouraged growth.

The brightly lit sign for the noodle café caught her eye, and Jessica hopped up to ring the bell for the stop.   As she stumped into the café with her excessively waterproof boots, she hoped they would have the Thai noodle special she liked.  She had to wait to be seated while the hostess finished erasing and rewriting the special—Thai noodles 3.99.

“Unreal,” Jessica whispered to herself as she was lead to her favorite table by the window and the heater.  “Can I please get the special and a Thai iced tea?” she asked the hostess.

“Um,” Jessica was filled with caprice.  “Could you…well, I wouldn’t normally ask…but could you double check on the Thai iced tea?  I was really craving some…if you could just look again.”

Jessica gazed out at the soft rain catching the light from a street lamp.  She saw a stooped-over man shuffle to a stop and shore up his belongings.  He appeared homeless.  Her heart went out to him.  She wondered if he was hungry and wished she could give him some food.  He walked toward the door.  Jessica jumped around and focused on drinking her glass of water.  He came to stand by her, looking bewildered.

“Sorry to bother you, ma’am.  I thought I heard you call my name.”  His brow furrowed, and he walked back to the door—awkward with humiliation.

She was flustered.  Co-incidence was becoming a stretch to explain all of this.  “Yeah…um…I wanted to buy you dinner.”

“I don’t remember you.” He stated without emotion.

“That’s okay.  You don’t have to talk to me or anything.  Sit where you like.  Enjoy…No strings attached.”

Eddie smiled, and his gold tooth flashed, making Jessica smile too.  She loved gold teeth—a strange quirk, but true.  He sat down and gathered his things by the other window.

When the waitress came out with a tall glass of Thai iced tea, Jessica laughed right out loud.

The waitress looked at her delighted face and laughed too.  “How did you know?” she asked.

The waitress lit up and turned to Eddie.  Her laughter faded to a nervous smile.  “Can I help you, sir?”

“He’s on my tab,” Jessica assured.

Eddie cracked a full smile, and the woman relaxed when she saw the joy in his face.  His tooth gleamed with his pleasure. “I’ll have what she’s having.”

By the time they were slurping their last noodles, Eddie and Jessica were chatting away.  She learned that hard times were not new to him.  He was a refugee from the Congo.  Haunting faces from the crisis in Rwanda came back to her from the six o’clock news.  As she heard the heart-wrenching story of the fragmenting of his family, she wished she could give him her new-found happy-magic.

“It was wonderful to meet you Eddie,” Jessica said sincerely, as she pulled her coat close.

He nodded and met her blue eyes with the deep brown of his own.  His gold tooth glinted as he turned to go, leaving her warmed and content under the rain-washed sky where she waited for her bus home.

Eddie felt a level of energy that far exceeded the power of noodles.  He could sense the life in his veins and decided to walk to the square and find some men that he knew.  He avoided company, but tonight he felt connected to the world again.

He held his head high and looked up to see a line of silver moonlight painting the edge of the receding storm front.  The moon pierced his soul with memory.  He began to sing a tune that his mama had taught him when he was a boy.

Some young punks were tussling on the sidewalk ahead.  A nightly ritual of ‘beat down to man up’.

“Quit fighting, boys.  It’s a good night.” Eddie called out.  He was surprised to hear his own voice shout words of peace.  The boys looked surprised too, but they shied away from their skirmish and wandered away in the same direction as Eddie was headed.  In a few more strides, he caught up to them.

“What business is it of yours what we do?” one of them started.  But there was no point to his barb.

“No business.  Only pleasure,” Eddie gave them a glittering grin.  “The storm has gone away.”

The youngsters fell back into the shadows along a building letting Eddie continue on his way.  When he glimpsed back, they were laughing with each other, bathed in the light of the moon.

Eddie’s arrival at the square found the usual idle hubbub of street folks claiming their places for the night.  During the slow motion ritual he noticed the cold weight of Despair dampening the strength of young men and squelching the spirits of women who would have shined with beauty.  He could sense their vigor and their light.  It was as if the sun lived in his eyes.  He wanted to warm these people—to remove the oppression.

Eddie tried something he hadn’t done since he was a teen—he touched someone by choice.  “Maria,” he spoke, as his hesitant hand came to rest on her shoulder.  “Take heart.” He smiled gently.  He saw her movements become relaxed rather than burdened.  When he continued on his way, he caught her eye, and it followed his finger to the beaming orb above.

“Luna,” she sighed with contentment.

He made his way around to the other side of the brick plaza, gaining momentum as his spirit caught the fire of the magical night.  “Joseph,” he spoke as his hand reassured his brother-of-the-heart, patting his back through the rain slicker and damp wool.

The two men had walked so many miles together that the touch conveyed it all.  Joseph looked into Eddie’s eyes and threw his head back in a howl of joyous laughter under the watching moon.

The raucous sound caught the humor of Mario and Julio, and they joined in with choppy guffaws.  Old John snickered with a snort.  Graeme and Quincy burst out in school boy giggles at the geezer’s weeze, and Jenny, Mona and Ellie answered with a chorus of laughter.  The mood crossed the square until every mouth smiled, every belly jiggled and every eye crinkled with glee.  Eddie topped it all with a hearty chuckle that carried sweet music to Hope’s encumbered ear.

Despair’s grip quaked as Hope’s radiance returned to her.  The spirit of laughter lifted her from the cold pavement throwing Despair’s oppression back into the fleeting shadows.  She soared toward the moon on the lightness of being that shone from the souls united in the square.  And Hope spread her bright abundance on the warmed December night. 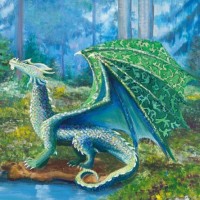 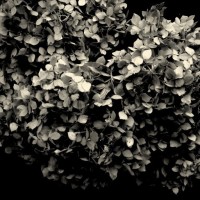